Five years ago or so my husband and I bought our house.  It’s a cute little house.  The rooms and hallway form a kind of circle and the windows were big.  It was perfect for us for many reasons, but we knew our baby boy Mister Crom Danger of Poophaven was going to love it.  We had one cat.  He was our world.  And at the time we never imagined we would have more than him.  but then we decided that he needed a pet.  So we adopted Stagger Lee.  And then Mr. Kit and Rocky came into our life.  Shortly after that we met Slinks and Murder.  This little house gave us the ability to take in so many little men and my heart is so full of love for them.

Mr. Kit and Rocky came into our lives around the same time.  We promised our neighbor we would take care of them after she moved.  She had about 15 cats, but both of these boys were outside hooligans.  They ruled the mean streets of our neighborhood and it felt wrong to take them from the place that they called home.  But one day, Rocky went missing.  He came back really beat up but we knew he was going to heal.  He was an outside boy so we let him continue to live his life the way that he wanted.

Until one fateful day.  I was outside watering plants and I turned around and saw him.  He looked terrible and I knew that if we didn’t do something he was not going to make it.

His back legs were skinned.  His fur had been bleached.  He was drooling and was merely skin and bones.  He couldn’t eat regular crunchy food any longer.

We took him in.  Took him to the vet to get a diagnosis and had him checked out for all the bad kitty diseases. After about 8 weeks of waiting for the go ahead, found out he was clear and he moved in the main house with all of our boys.

Rocky was never the same after that.  He had always been a loner and took care of himself.  He was a tough boy and lived his nine lives to the fullest.  We gave him all of our love and the medicine he needed to stay healthy.  He had stomatitis and closer to the end of his life he was growing tumors all over his body,  including one huge one in his mouth.  He stayed with us for close to 2 years and every 6 to 8 weeks we would take him to the vet to get his shots.  He would come back full of piss and vinegar and he’d try to escape and play with the blinds.  He’d bully our other cats for their food.  And then he’d slowly get worse again until we would take him in for his shot again.  Despite this?  He lived a happy peaceful life.  Despite all of the shit that this ridiculous human race put him through?  He still showed us love.  He was one of the most grateful cats I’ve ever had the pleasure of knowing and I’m honestly so glad I was able to give him a peaceful and loving last few years of his life.

A few weeks ago, the tumor in his mouth got to be too much.  We knew he was feeling worse and worse and the shots didn’t cause him to bounce back like he usually did.  We had to make the decision to let him go peacefully… He was in pain and we knew it.

Making the decision to put him to sleep was one of the most difficult and painful decisions I’ve ever had to make in my life.  We knew it was coming.  We were prepared for it.  But it honestly felt like someone ripped out my heart and I’m not sure things can ever be the same without him.

In the past few months I changed careers.  Our AC went out.  I had to replace my cars battery.  I lost my aunt and my great aunt.  But nothing drew me to my knees quite like losing Rocky did.  I miss him.

Here’s to you my handsome little man, may we meet again in another life. ❤ 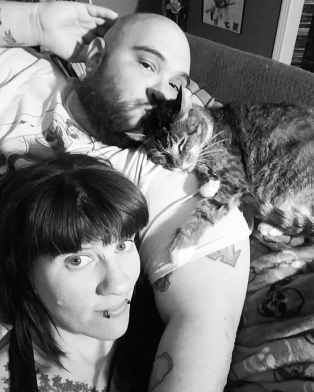 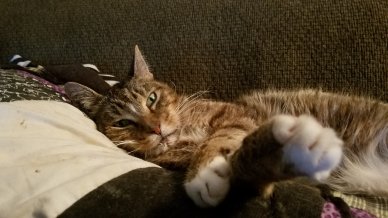 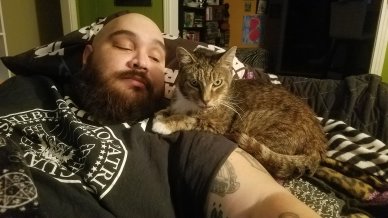 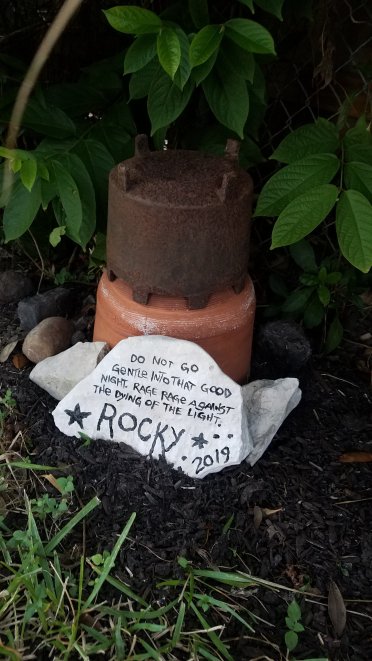