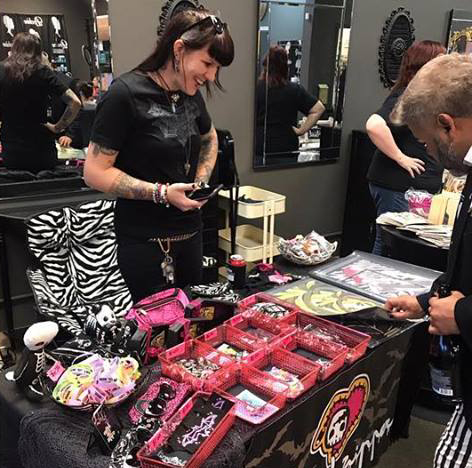 On November 8 my good friend Stephanie had her four year birthday bash for her salon.  She has one every year and I’ve always thoroughly enjoyed it.  She has drinks (adult and NA), finger foods, freebies, and vendors.  People from all over come to visit itt (She has clients from towns all around!)  Steph is such an awesome awesome chick.  She’s been doing hair for as long as I’ve known her.  We’ve been in numerous bands together and she’s got a killer taste in style and in music!  She knew I started doing this little booth thing and she invited me out to put up my things. Of course I said yes and man was I excited!

Getting to her place on time was a challenge as it was a Thursday and I had to take off a bit early. But I managed it somehow. My table was in between Amanda Wilburn, super badass (She does make up, bar tends, and marry you all in the same day!) and a lipsense booth run by a lovely lady named Rachel.  I was a tad bit nervous at first.  It’s one thing to set up at places that are in my natural element, it is entirely another thing to set up in a  posh hair salon amongst all the beautiful people when you are the spooky kid and sell goth/punk styled things.  But hey, after about an hour everyone loosened up and tons of people came by my table to say hi and to purchase things.  I ended up having a blast despite my nerves almost getting the best of me! I hope to be able to go back next year. 🙂

So a super thanks to Steph for getting me out of my element!  And another big thanks for Amanda and Rachel for being super rad booth babe neighbors. 🙂 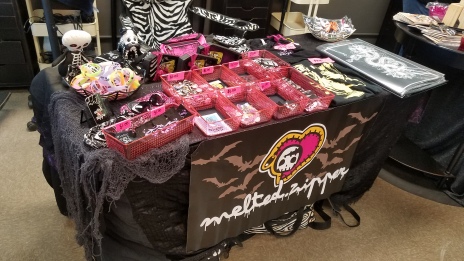 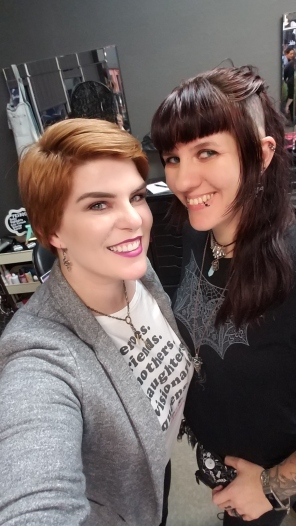 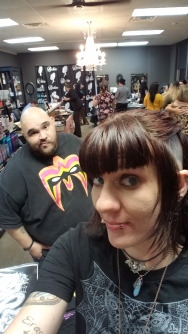 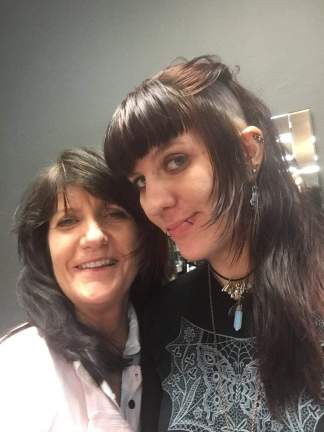